The Ancestors are a new race of monsters specifically introduced in the Blood Fort expansion as World Bosses. These monsters include the Fairy Dragon, Zeus, and the Phoenix. Statistical information for these monsters may be found on the World Bosses page.

Steve222 and the Narcissus IncidentEdit

Steve222 gave this quote for the wiki on the matter: "A game bug seems to have given me a lot of troops. FYI, I am certainly not a hacker"

He originally stated that he got the Boss mobs in a lucky box.

If Steve222 is to believed, then he received the Ancestor Fairy Dragons as a simple clerical mistake, which is not unbelievable since there is a second Fairy Dragon (this unit is now called Elf Dragon) unit already present in HoG.

Due to a task glitch called "Null", people were able to get Phoenix bosses in the test server, This task could be found in the "Holiday Quest" page of the tasks. Instead of rewarding people a card for reporting bugs in the bloodfort update, it gave several people a Phoenix Boss. 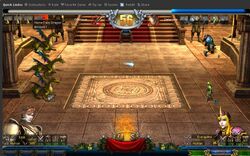 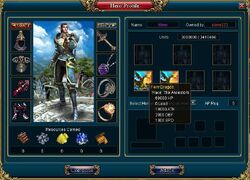 Boss Fairy Dragon Stats
Add a photo to this gallery
Retrieved from "https://heroesofgaia.fandom.com/wiki/The_Ancestors_(NPC)?oldid=17740"
Community content is available under CC-BY-SA unless otherwise noted.